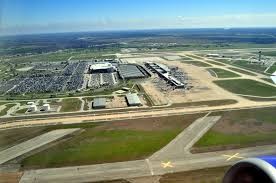 AUSTIN, TX – Officials evacuated The Austin-Bergstrom International Airport on Monday morning. This just so happens to be one of the more popular traveling days due to the Labor Day holiday. According to officials, the evacuations proved unnecessary as there was a false alarm.

Unfortunately, the false alarm produced its share of chaos. Travelers expressed confusion at the out of nowhere announcement. Officials dispatched fire crews to the location. Once crews inspected the area they discovered a fire alarm had been pulled down accidentally.

Airport officials reaffirmed this positive outcome in a tweet issued prior to 10:30 a.m. “The alarm at the AUS that resulted in some evacuations has been canceled and all operations can resume as usual. Passengers who were evacuated are currently being re-screened through Checkpoint 1.”

Travelers reacted to the event in real time. One traveler basically described her travel mojo as cursed. Others demonstrated equal frustration. It’s never reassuring when you’re traveling and find an emergency response. Even if they find that it is a false alarm, travelers continued their journey with this in the back of their mind. There is no mention if airlines reimbursed or accommodated travelers due to the added stress and delays.

Fire officials tweeted updates stating it was a false alarm. They also mentioned the system has been reset and their crews were clearing out from the scene. As soon as emergency response vehicles left the scene, the airport continued to run as usual. Travelers however, still felt uneasy throughout the day with the pending threat weighing on their psyche.