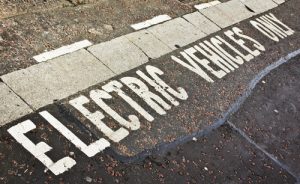 AUSTIN, TEXAS — Austin Energy is expanding its investment in electric infrastructure to help the city clean up its carbon footprint. As the company reports, in 2011 in Travis and Williamson counties there were 195 registered electric vehicles. This year the company registered an unprecedented record of having over 5.313 registered vehicles.

The Austin area represents 22 percent of the statewide electric vehicles market. Karl Popham, the manager of emerging technology at Austin Energy, noted that as the market grows, the company will work hard to make the state ahead of any other ones.

Currently many drivers charge their electric vehicles into home outlets overnight. For those drivers who prefer to speed up the charging process, the company will offer 50% rebate. This offering will be available only for expensive vehicles.

The cutting-edge state-of-the-art DC Fast charging stations will be offered to the derivers. It will take the approximately 20 minutes to recharge. Currently, Austin Energy and the city are pursuing options to expand its investment. In August, the City Council approved $1.5 million to build 10 more in the next year. The Texas Commission on Environmental Quality will pay $1.6 million for additional 24 stations within three years.

Primarily, the company will install at least two stations at Austin-Bergstrom International Airport and several along Interstate 35 for drivers within Houston and San Antonio.

Popham believes that developing the infrastructure will be rewarding. It will not only help the city meet its clean energy goals, but will lead to revenue increase for the electric utility for about $128 million.