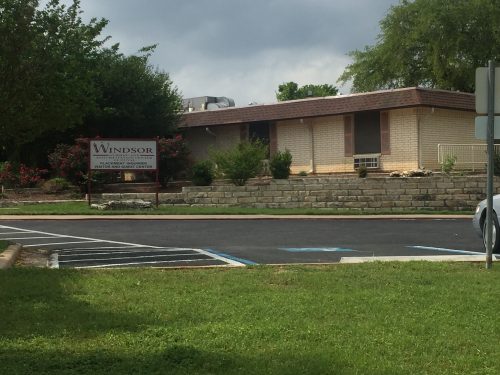 Photos posted on Snapchat depicting a sleeping elderly woman, her right hand covered in what appears to be dried feces, were posted by a north Austin nursing home employee.

The state agency that deals with adult protective services is now investigating.

A second photo depicts someone tickling the sleeping woman’s nose with a tissue or feather apparently making her to reach up and touch her own face with her dirty hand, which a third photo also depicts.

“This nursing facility has reported the incident to DADS (the Texas Department of Aging and Disability Services) so we can investigate,” wrote agency spokesperson Kelli Weldon in an email.

“The facility tells DADS it has also reported the incident to police and has suspended the certified nurse aide pending an investigation. We are following up with the facility to make sure it takes all appropriate actions.”

“Imagine if that was your parents…” shows only one of the many firing comments left by social media users.

Helmcamp says in general he would treat an incident like this as borderline exploitation of a resident, and he would take immediate action.

“I’m a man of ethics. If something like that were to happen at a building I manage, I would take every exhaustive effort to ensure  safety. I would take any kind of personnel action and I would report it to all authorities to ensure that they can also look into that,” he continued.

Helmcamp says he’s also responsible for contacting the resident’s family. “Unfortunately that’s a horrible part of my job to reach out to somebody and let them know of a shortfall or an incident that happened involving one of their loved ones.”

DADS, which has a quality reporting system on its website, lists Windsor Nursing as having the lowest score in Austin, with a 25 out of 100.

Call 1-800-458-9858 to report suspected abuse or neglect of people who are older or who have disabilities.

We do not own any rights to the video. This video is for sharing purposes only.