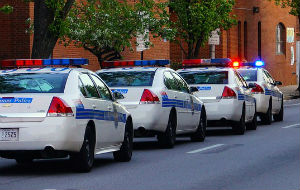 AUSTIN, TX – The Austin Police Department is investigating a shooting that occurred at a northeast Austin apartment. One of the men involved in the gunplay has passed away from the injuries he sustained.

Austin Police first got the call on Thursday, July 18, from the RARE apartments at around 11:16 in the evening. When local officials rushed to the scene, they discovered a 22-year-old Alexander Morgan Jr. with several gunshot wounds to his person.

Medical officials rushed the wounded man to Dell Seton Medical Center at the University of Texas in what they described as critical condition. However, on Sunday, July 21, the hospital informed Austin Police that the man had been described as brain dead by medical staff at 1:33 p.m. They have since asked for an autopsy.

According to Austin Police there’s not a threat to the public at this time. Police did say that they are continuing with the investigation. In fact, they’re requesting anybody with information to call Crime Stoppers at 512-472-TIPS. Or, you can text “Tip 103” plus the pertinent information to Crimes our you can utilize the new Crime Stoppers App.

Any helpful information related to the case can also be sent through email at homicidie.apd@austintexas.gov. As always, all information can be shared anonymously.

Austin Doesn’t Look Like to Have Amazon’s 2nd HQ Location: Why?