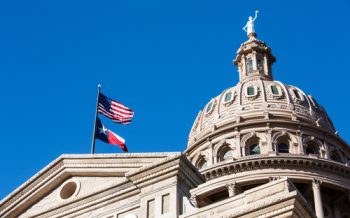 AUSTIN, Texas — City leaders in Austin, Texas are weighing a proposal to change the city’s name over its founder’s pro-slavery stance.

According to the existence of several reports about the Confederate monuments, Austin’s Equity Office included a suggestion to rename the city. There are multiple other recommendations of name changes including Littlefield Street, named for Confederate Army Major George Littlefield; Sneed Cove, named for Sebron Sneed, Confederate provost marshal; and Confederate Avenue, a street located in a historically black neighborhood.

The group also recommended that the city make a formal request to the Texas Historical Commission to remove any Confederate-related markers from city properties.

Also listed as up for review was the city’s name itself, as well as the Stephen F. Austin Drive and Stephen Austin Recreation Center.

Known as the “Father of Texas,” Austin is credited with bringing the first 300 American families to the territory. He later served as the Republic of Texas secretary of state under President Sam Houston. Numerous places in the state are named in his honor, including Stephen F. Austin State University and Austin County, Texas.

Austin, the committee said, “fought to defend slavery in spite of Mexico’s effort to ban it; believed slave labor indispensable to Texas to flourish in its production of sugar and cotton; believed that if slaves were emancipated they would turn into ‘vagabonds, a nuisance, and a menace.”

According to the committee members, Austin also believed slaveowners should be compensated if their slaves were freed.

The committee listed renaming the Texas capital as a “medium priority” that required more analysis. Changing street names and removing monuments were listed as “high” priorities.

When changing the city’s name there would likely a referendum required, according to the Austin Statesman, since “Austin” would have to be removed and replaced in the city’s charter.