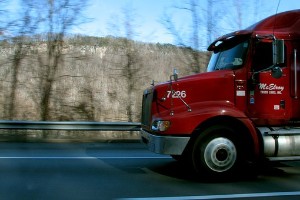 Talk of autonomous trucks transforming the trucking industry has been going on for seemingly ever. Nevertheless, it’s definitely picked up even more steam lately, though were not seeing them out on the road. That could soon change.

Kodiak Robotics recently announced that it launched a Dallas, TX office to oversee an entire trucking route. First of all, Texas is a state that offers more open roads than any other in the country. In fact, it boasts over 300,000 miles of public roads. In second place is California which has 169,703 miles. That certainly pales to Texas’ total.

But the real reason Kodiak chose Texas is because in California it’s still illegal for companies to operate autonomous vehicles. And this new route the company will oversee is unique because trucks will go 400 miles to and from Houston. And, yes, this will be autonomous trucking.

But hold up… If you’re driving on the highway you will not witness an empty truck cruising down the highway. Instead the company will equip each autonomous truck with a ‘safety driver’ at the wheel just as a precaution. Furthermore, the ‘safety driver’ will be in command of much of the driving on and off highways, when arriving at distribution terminals, and any other more delicate situations.

Kodiak isn’t the lone pioneer in the autonomous truck space in Texas. Loadsmart and Starsky have already successfully managed trips. Together they were able to automatically send out an autonomous truck to deliver a load of cargo.

Impact on the Industry

Ultimately, this is just a small step. The goal is that once it’s done to scale, the trucking industry could become way more efficient. Plus, it would be faster and reduce labor costs. Of course, the downside is that it will put a bunch of people, a couple million, out of work and on the unemployment line.

What do you all think about this ‘Brave New World’ in trucking?

INEOS Involves You In The Grenadier For An Immersive SUV Experience