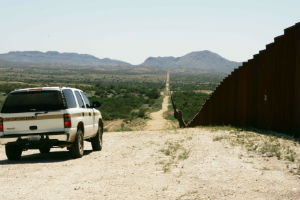 Many of us predicted this but it’s really starting to take a foothold. President Trump’s border policies are starting to impact American companies and factories. More and more cargo from Mexico headed to the U.S. is being delayed at the border. Consequently, these extended delays are causing companies to dampen their economic outlook for the year.

Analysts are currently predicting that the effects of the border policies will dim second quarter non-residential investment growth. In fact, it already produced a two-year low in factory gauge in April. Ultimately, the slower trade between the countries because of Federal Agents being charged with dealing with the migrant situation at the border, has led to additional shipping costs.

According to economist Stephen Juneau, “the delays generate a meaningful direct cost for businesses.” Furthermore, these delays may really have a large impact on the movement of goods as more than 86% of imports from Mexico enter by land.

The Situation is Impacting Everyone

Even worse, analysts are predicting that this slowdown is here to stay for a while. With the border delays comes a dip in the production of goods. This is not a good thing for the American consumer or an economy that otherwise is generally thriving. Everybody’s watching the situation closely because all businesses, as well as the consumer, are impacted. For instance, many businesses are receiving supplies far later than when they need them.

Plus, these delays are messing with company logistics. And it’s not just in Texas but supply chains are being affected in the Southwest and the Midwest. On top of this headache, the ultimate cost to U.S. businesses per truckload is about $40 to $80 per day. This isn’t good for cost conscious companies with previous sunny profit projections.

Surely this unplanned for cost by companies is hurting not just their bottom line but their ability to invest and hire.

What do you all think? Are these border policies worth it?

Texas Schools Are Starting Early This Year: Districts of Innovation

Fast Food Prices Going Up from the Trucker Shortage??

Tesla Roadster: What To Expect