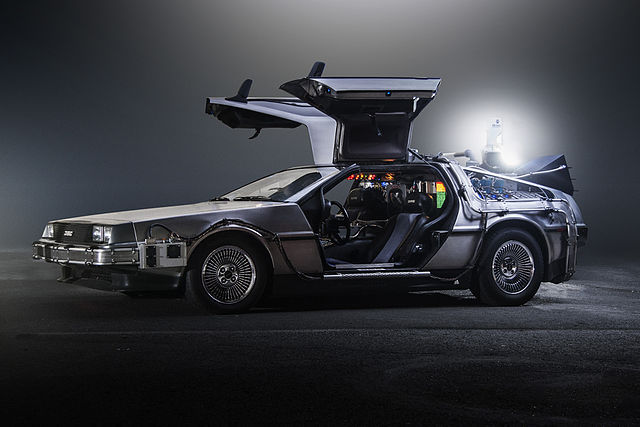 The DeLorean is practically a household name these days. You’d be hard-pressed to find somebody who hasn’t heard of or wouldn’t at least recognize a picture of the innovative model. The Back to the Future franchise made it famous. But what’s its off-screen history?

John DeLorean, formerly the youngest division head of General Motors, had big dreams. in 1973 he left the company to establish his own business. He named it the DeLorean Motor Company (DMC). And he intended to use his new business to create “ethical” sports cars.

The DMC dream was simple: safe, fuel-efficient, long-lasting cars. He wanted to sell guilt-free vehicles to the masses, and at an affordable price. But shipping the cars from his headquarters in Belfast, Ireland proved difficult. The engineer hoped to sell his first model for $12,000. By the time all was said and done, it sold for $25,000 in 1981.

In 1982, the FBI arrested John DeLorean for his involvement in a fake cocaine smuggling operation. His company shuttered in 1983. DMC had produced just 9,000 cars total. Courts eventually ruled that the FBI had illegally entrapped DeLorean and acquitted him. But by then it was too late. DMC had already gone bankrupt. An Ohio company acquired the company and sold the remaining units for around $21,000 each.

All hope was not lost, though. In a wildly unexpected plot twist, Back to the Future chose the DeLorean as Doc Brown’s infamous ride. The hit movie reignited enthusiasm. Today, DMC uses the 4 million original parts it owns to refurbish old models. Current CEO Stephen Wynne spends roughly $25,000 to $30,000 on each car he revamps. He then sells them for somewhere between $50-60 thousand dollars.

John DeLorean may not have achieved quite what he set out to do. But the DeLorean name lives on in pop culture. And given Doc Brown’s good nature, it remains associated with altruism even now.

Fast Food Prices Going Up from the Trucker Shortage??