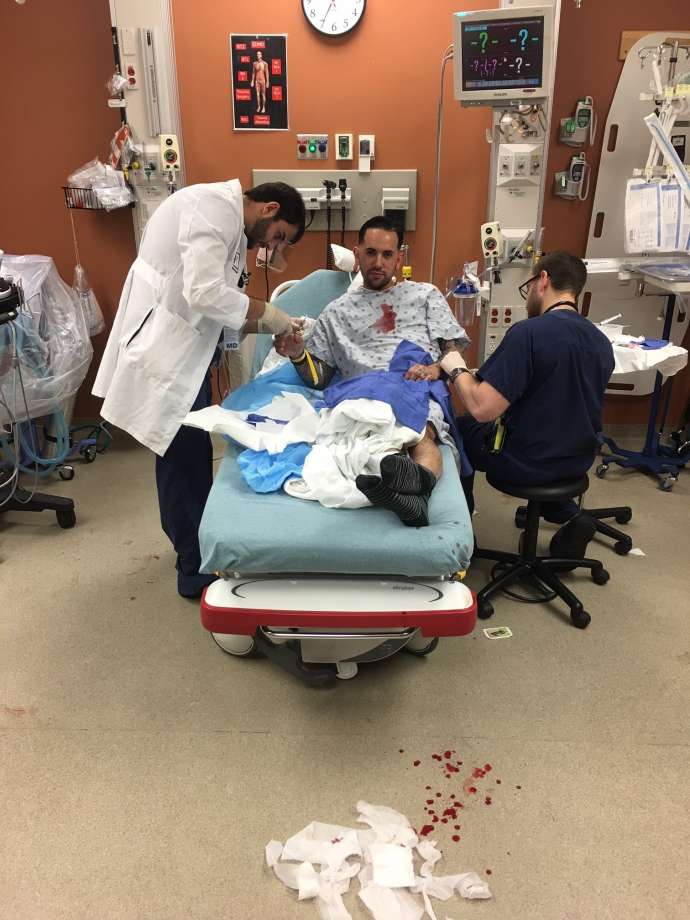 Miguel Angel, a DJ in Austin with the stage name Ulovei, was stabbed with a Katana sword and a dagger in his apartment a few hours before a show.

Around 9pm, Miguel Angel was waiting for a friend of his, Kirkland Audain to arrive to his apartment. Therefore, when the doorbell rang, he didn’t look through the peephole because he was sure it was his friend. As he opened the door, Shusaku Shiroyama who is 32 years old, began attacking him with a Katana sword. At the time Shiroyama was wearing a ski mask.
Shusaku Shiroyama is an owner of a local bar in Austin called MOLOKO Bar; he goes by the name Charlie Valentine.

In a state of fear and confusion, the only thing Miguel Angel could think to do was to grad the sword with his hand. As this happened, Shiroyama pulled out a dagger and proceeded to stab Angel in the back.

Shiroyama held the dagger to the victims face when the friend walked in and interrupted. The friend confirms that he heard screams before entering the apartment; he also witnessed the presence of blood in from of the apartment. As he opened the door, he saw Angel bleeding.

Angel recognized his attacker by his voice and later on he took off his mask. When the friend walked in, Shiroyama’s mask was off. He popped out of the corner and began to attack Audain, Angel’s friend. He proceeded to run to his car and call 911, who later arrested Shiroyama.

Shiroyama is now in the custody of Travis County Jail with a $60,000 bond. He will be charged with one count of aggravated assault with a deadly weapon and one count of burglary of a habitation with intent to commit a felony.

After the attack Miguel Angel was treated at a local hospital. He received 40 to 50 stitches. He then proceeded to go to his apartment to get cleaned up and get ready to play his show.

The attack left Miguel Angel in a state of Paranoia. He stated that is it very hard to believe that someone tried to kill him.