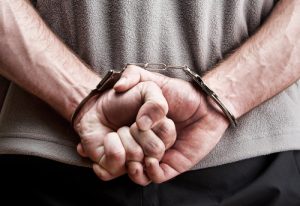 A Lyft driver is accused of attempting to abduct and sexually assault multiple women at the beginning of June.

Two affidavits describe similar situations, in which Daniel H. Kifle is accused of picking up the victim and a friend and driving off after the friend gets out of the car at their destination. In both cases, the victims were passed out in the back seat.

The 1st situation happened early on June 3, when two women went out downtown. One of them was “very intoxicated,” and the suspect approached them when they were outside on Sixth Street, according to an affidavit. He gave them water and then offered them a ride in his SUV, and the friend believed he was the driver of their ride hail.

When they arrived at their destination on the 3100 block of South Lamar Boulevard, the friend “exited the vehicle to go out and go around to help the victim get out. Upon exiting the vehicle the driver sped off,” according to an affidavit.

The 2nd happened June 9, when two other women were also on Sixth Street and got into their Lyft ride, which was Kifle’s SUV, according to the affidavit. When the friend got out of the car at their destination in the 4300 block of North Lamar Boulevard, the driver sped, off, knocking her over, according to an affidavit.

The victim told police she blacked out in Kifle’s SUV and woke up parked in an unknown lot with Kifle trying to touch her. She told him to take her home and he started to drive, and she jumped out when he stopped at a stop sign.

Records from Lyft showed Kifle’s vehicle was in the area of pickup and drop off in both cases.

Kifle is in custody in the Travis County Jail. Affidavits show his bond was set at $200,000 for each of the kidnapping charges and $100,000 for an attempted sexual assault charge.

Records show Kifle was also and arrested and charged with sexual assault and robbery in Williamson County on June 22.

Students Get Day Off Under Make-Up Day Condition in Austin