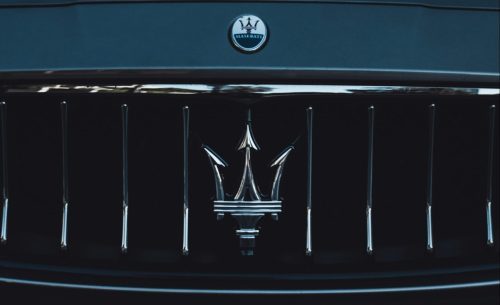 Maserati is, so to speak, the new generation GranTurismo, since May 2021, however, the development work is still going on. The prototype of the sportscar has less camouflage than before. Yet it does give the best look yet with its evolutionary design.

The headlights on this test car are the final ones, however, they do look very similar to the ones in the MC20. In fact, the yellow markers on the LED headlights do suggest that this is a US-spec example. However, the outer shape does have has hints of the Ferrari 599 GTB. It is along with the low nose and the vented bonnet. Therefore, the front bumper has really shed most of its camouflage. It does reveal sporty intakes that surround the Trident grille which has a more rounded shape.

Similar to its predecessor, the overall silhouette is more pronounced with fenders. Plus, the flush door handles, and the clamshell bonnet with three slimmer slits which does seem to make a difference. Also, at the back, the LED taillights do have a similar shape to the MC20 supercar. Also, the lower part of the bumper is fully uncovered. It showed the diffuser and the quad exhaust pipes.

Moreover, this test car does have the same twin-turbo 3.0-liter V6 as the MC20. It does produce 621 hp (630 PS / 463 kW) and 538 lb-ft (730 Nm) of torque. In fact, it was a very potent V6. Also, the GranTurismo and the GranCabrio models are getting fully electric variants. It is in line with Maserati’s electrification strategy.

The Maserati GranTurismo is in the latest stage of development. It will be unveiled sometime in the upcoming months. There is going to be a number of debuts for Maserati, including the MC20 Convertible and the Grecale SUV that have been confirmed for Spring.