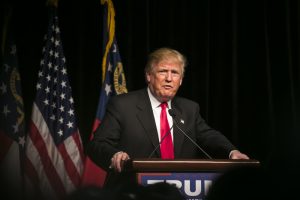 Recently, a video that was shared by the Trump administration caught the attention of the public and received lots of negative comments.

The Trump administration shared a video on Monday showing hundreds of immigrants being held in a detention center in McAllen, Texas.

The video received lots of criticism from lots of people all over America. In the video, you can see a lot of immigrant kids crying out to their parents.

The immigrants are being held in the detention center for illegally entering the U.S.

Trump’s “zero-tolerance” policy is not excusing anyone that is crossing the border to enter the U.S. illegally.

The adults who are here illegally are facing criminal charges and deportation while the children are being considered as alien children with no adult company. The kids are being transferred to HHS shelters after 72 hours of being held by authorities.

If the kids have a family member who is a legal U.S. resident, then they are able to stay with them. However, if their parents get denied to stay in the U.S., they must reunite with the kids by law. But the whole process can take weeks.

There are people who have been arguing against Trump’s “zero-tolerance” policy. Claiming that it is inhumane and “cruel” to see what these families are going through.

While others understand Trump’s point of view and argue that he is trying to do the best to keep our country secure.

In the videos, you can see the living conditions for these kids is the not the best. Aside from being separated from their parents, they are living in cages. According to Sen. Jeff Merkley, the “cages are made out of fencing and then wire and nets stretched across the top of them so people can’t climb out of them.” He visited the detention center in Texas and he did not like what he saw.

As for right now, we wait and see what will happen with the controversy over Trump’s new policy.