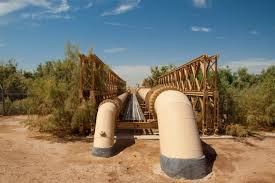 A federal judge ruled against an effort to halt construction on a Texas gas pipeline in the latest development in the litigation between its builder and local officials.

In response to the proposal, local officials from Austin, as well as Travis and Hays counties, teamed with private landowners to fight it. Their case hinged on the use of the Endangered Species Act. They argued an endangered species of bird, the rare golden-cheeked warbler, faces significant harm as a result.

The Austin City Council approved funding up to $100,000 for litigation. Furthermore, they approved a resolution in opposition to the pipeline and commissioning a report.

The report returned in August, finding applicable regulations inadequate to guarantee environmental safety. It concluded the pipeline’s construction and operation poses a risk.

However, U.S. District Judge Robert Pitman ruled against the local officials and private landowners. In Pitman’s decision, he cited an opinion issued earlier this month from U.S. Fish and Wildlife Service. They found little chance of disruption to the warbler.

Therefore, the pipeline’s construction may proceed.

In a statement addressing the judge’s decision, Kinder Morgan said, “We remain committed to preserving the environment including endangered species, and we have gone above and beyond established requirements to do so.”

Though, Austin’s environmental officer Chris Herrington says there hasn’t been enough information released regarding the pipeline to assess potential harm.