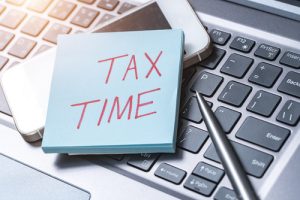 Are your property taxes sky-high? The effects of property taxes and homeowner’s association fees has been devastating for many Texas families! According to Republican Gov. Greg Abott’s ex-spokeswoman, Ciara Matthews, “Texas homeowners are suffering under the burden of skyrocketing property taxes.”

In the upcoming legislative session in January, conservative Texas lawmakers are promising to work on this. Will lawmakers come to a solution that makes everyone happy? It is unclear. But what is clear is Abbott’s promise to Texans during his re-election campaign.

What’s Abbott going to do?

Abbot’s proposed plan seems more conservative than the two plans rejected by Legislature last year. Those plans would have cut off city and county property tax increases at 4 or 6 percent a year. Abbott’s plan offers a 2.5 percent cap. It also uses school taxing districts – which may make it difficult for voters to avoid the increases.

Abbott’s plan works like this: if property values increase by 6 percent each year, the taxing district will have to decrease the tax rate to collect only 2.5 percent more in revenue than the year prior. While the rate will be smaller, the tax bill will rise.

Dallas Mayor Mike Rawlings chimed in: “[Abbott’s plan] would limit our ability to provide sufficient pay raises for city employees or to properly fund public safety. The plan also seems to ignore the fact that overhead costs, such as energy, are rising.”

Bennett Sandlin, Texas Municipal League executive director, said: “It’s bad for cities, and cities are the biggest providers of public safety.” Basically, the cap would cause cities to have to make budget cuts. The cuts would impact public safety the most.

On the surface, Abbott’s plan is positive for schools. Under the 2.5 percent cap, school districts would lose money. He wants to use state revenue to in exchange for that lost money. This is an effort to lower schools’ dependence on local money.

But, critics say that the proposal doesn’t outline how the state would replace these missing funds. What happens if the state under-funds schools, and they are left worse off?

One thing is sure – Abbott’s plan will be under scrutiny once officially proposed. Texans won’t know the fate of property taxes, or public schools’ funding, until the upcoming legislative session.