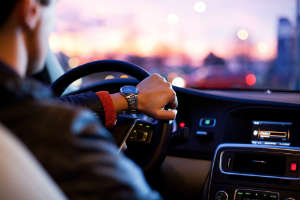 Texas streets are growing more and more dangerous by the year, especially in the big cities. But, luckily for Austin residents – our streets may be getting safer!

The Pedestrian Advisory Council gathered some data recently. The results? Traffic deaths and serious injuries in San Antonio and Dallas are climbing over the last decade. Houston is also going up, but at a bit of a slower rate. So, what’s the deal with Austin?

Somehow, Austin traffic deaths have decreased since 2015. In fact, this past year, in 2018, there were seventy-four vehicular fatalities, according to the Austin Police Department. While the number is still high given the Austin population, it is better than previously – two less than the year before. This means that the streets are about as safe as they were back in 2004.

Perhaps the reason is that Austin’s goal under Vision Zero is to eliminate all traffic deaths by the year 2025. Austin City Council members approved this Action Plan about three years ago now. Since then, there have been less fatalities each year. But, more needs to happen to get the number down to zero.

Essentially, safety needs to be the top priority. Apparently, in the traffic fatalities last year, most occurred on roads that are owned by the Texas Department of Transportation. And, 26% of traffic deaths throughout the city happened on Interstate 35. Additionally, over last year, pedestrians accounted for 42% of the deaths. This number went up since the previous year.

Jay Blazek Crossley, the executive director for Farm & City, the nonprofit that pushes for safer transit in Texas, discussed this. He said that street design, as well as speed of cars, attributes to these deaths. Maybe, officials will begin looking at these streets with excess pedestrian deaths, and modify them accordingly.

What do you think about the streets of Austin? Can the city really bring the fatality number to zero?

Lift Driver Into Custody: Charges for Attempted Assault on Women