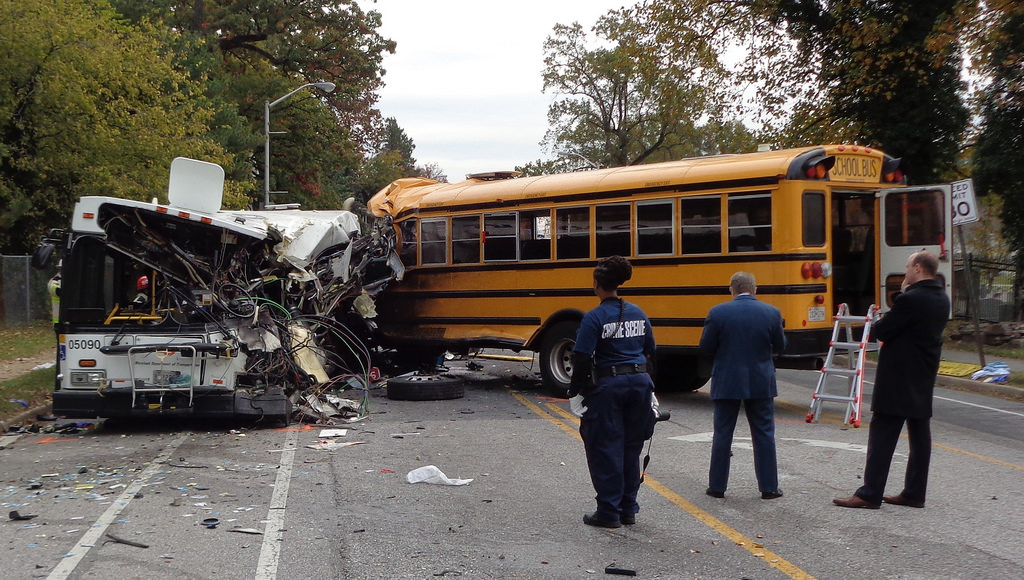 Houston, TX – On Tuesday morning, January 22, 2019, a driver agonizing from a gunshot wound blacked-out and crashed into a local school bus. This driver was shot in North Harris and consequently hit the County Spring Independent School District bus.

The crash occurred at the intersection FM Road 1960 and Rolling Creek Drive.

Fortunately, neither the bus driver nor the students received injuries from the impact. Only ten students were on the bus during the crash. After the crash occurred and the children were unscathed, officials moved students to another bus and taken to the Spring Early College Academy.

Harris County Sheriff, Ed Gonzalez, recounted the events. Apparently, the driver of the white BMW sedan attempted to flee an apartment complex after someone shot him. The injuries were not life-threatening, but they were painful. Painful enough to faint, and ram into the front, left, side of the school bus. It is unclear whether the driver passed out from shock or blood loss.

The driver was in a new sedan with paper tags. Police suspect that there might be more to the driver’s story and the events that led up to that moment.

The driver’s wound was not fatal. Paramedics took him to a nearby hospital and he is currently receiving medical care.

Therefore, the police and investigators, are currently investigating the events leading to the accident and what caused the fight to escalate to a gunshot wound.

Shortly after 8 AM the school bus and the BMW were moved from the intersection and the roads were reopened.

SXSW Experiences Cancellations Due To Coronavirus