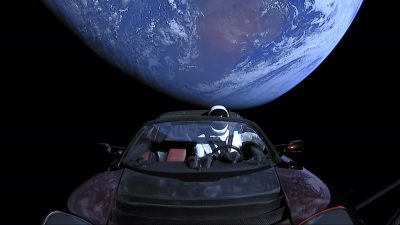 Tesla is on the fast track to electric success. The Tesla Roadster is a testament to that. 0-60 in 1.9 seconds is not a small feat. From the beginning of the electric revolution, many were wondering when an all-electric car could race against powerful V8 engines. Well, here it is. With a range of 200 miles and the notoriety of being the first car/satellite in space, this powerhouse is here to stay.

Other high-end sports car brands have put their gloves in the ring for the title of sporty, luxurious EVs. One that we are most excited about is the Aston Martin Rapide-E (we just love James Bond). Where most of the time, Astin Martin will let its subsidiary Lagonda take control of the electrical side, the car company took the reign and redeveloped their most classic vehicle. The Rapide-E boasts 0-60 in under 4 seconds, and with the pickup, will make the driver feel like they’re still sitting behind the wheel of a V12. Topping out at 155 miles per hour, this guy puts the highest level of class with one of the best electric car systems on the market.

Now, this might not meet the Tesla Roadster in either acceleration or the top speed, but the folks over at Aston Martin are just breaking themselves into the electric avenue. The ability to push this type of vehicle out at the emergence of the industry puts Aston Martin in a good place.

The car company has spearheaded a new frontier in the automotive industry. With the company constantly setting the pace for the emerging industry. Almost every other car company is playing catch-up. The car company isn’t done moving into every industry and outright beating them, though. The “Cybertruck” shows us that electricity has put torque back in the industry. Out-towing a Ford F-150 has helped make the claim that the future of electricity is not to be taken lightly.

Not Many Other Competitors

When you create the world’s first industry, there isn’t much anyone can do to outshine your performance. That is essentially how Tesla feels. With the ability to launch cars into space. The ability to produce vehicles that can now officially outperform traditional combustion-style engines. Tesla has shown time and time again that electricity is the dominant power within the industry.