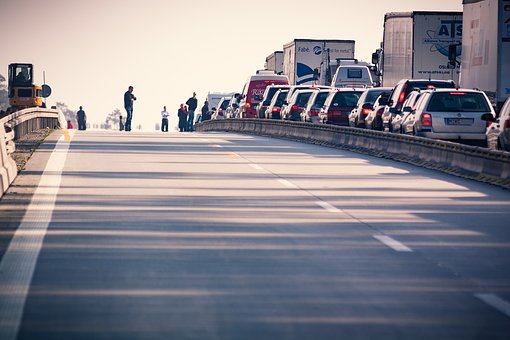 AUSTIN, TX – A Texas trucker lost his life yesterday morning while helping another driver who was stranded on the road. According to Texas police officials, the man driving a semitruck pulled over to help another driver who needed help. While doing so, he was hit by a moving vehicle. As a result, he died.

Furthermore, as reported by authorities, the crash occurred in the afternoon, around 12:30 p.m. on Monday, July 29. It happened on westbound Interstate 30 in Dallas, Texas.

The trucker who was struck and killed has been identified as 42-year-old Ryan Douglas-Jaques.

According to police, Douglas-Jaques approached a stranded white SUV. The vehicle was disabled in the left lane of the interstate and was unable to move. Therefore, Douglas-Jaques parked his semitruck in front of the disabled car as a shield of protection.

After sheltering the SUV with his truck, he then got out to help the stranded driver.

However, while stepping out of his truck, another motorist driving westbound on the same interstate hit the SUV. Consequently, striking Douglas-Jaques and his truck as well.

Furthermore, Douglas-Jaques was rushed to the hospital. But the injuries were too severe, and he was soon pronounced dead.

Additionally, the driver, and passenger in the third vehicle were also taken to the hospital. No additional details on their injuries. However, they are expected to make a full recovery.

Still, the accident remains under investigation.

While details continue to unfold, the driver who hit Douglas-Jaques will not be charged, according to the Dallas County Sheriff’s Office.