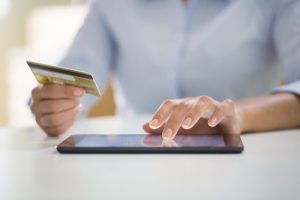 The Texas Department of Transportation announced Wednesday that it’s waiving $1.3 billion in late fees for toll drivers who failed to pay their bills on time.

TxDOT says the late fees that will be waived total $1.3 billion and were assessed between 2007 and March 1, 2018 — the date a new law capping toll late fees at $48 annually went into effect. Tolls will only be waived for TxDOT-operated toll roads, all of which are affected by the new cap.

“March 1 is a new day and is being considered to be a new day in the system and so rather than trying to carry forward two different violation policies within the system, the decision has been made where [we are] only moving forward with the current one, in compliance with Senate Bill 312,” TxDOT executive director James Bass said Wednesday before the House Committee on Transportation. “All of the earlier late fees are no longer being pursued.”

Senate Bill 312 requires TxDOT-operated toll roads to cap administrative fines for nonpayment of tolls at $6 per transaction and $48 a year.

TxDOT is implementing the new law by charging late fees per invoice instead of per toll transaction.

The new fee structure utilizes late fees of $4 per invoice, with a $48 cap for a 12-month period. Under the previous fee structure, Perdue Brandon Fielder Collins & Mott, the collections agency TxDOT sub-contracted with, charged a $25 collections fee per individual toll violation. The agency is no longer collecting on behalf of TxDOT.

The state agency made its announcement to waive fees in response to a question Rep. Joe Pickett, D-El Paso, asked during Wednesday’s House Transportation meeting. Pickett said he was surprised by TxDOT’s decision.

Bass said they had to work with “our bond counsel and every other interested party to advise the market that this is the path we are going on.”

TxDOT says the decision to waive fees allow them to hit “reset” and was done in the spirit of good customer service. It will be easier for the agency to operate using only one late fee structure rather than having to collect fees using both the previous and new fee structure, the agency said.

“We never expected to collect much of this money, so it was never about the fee structure before. It was never about collecting money,” Bass said. “It was trying to encourage people to do the right thing to make payment on their tolls.”

The Department of Transportation says that the changes can last longer than it is expected. It could be weeks before affected customers notice the late fees removed from their account balances. If customers paid any late fees before the law went into effect on March 1, they won’t be refunded, Pickett said.

Tesla Roadster: What To Expect

Lift Driver Into Custody: Charges for Attempted Assault on Women