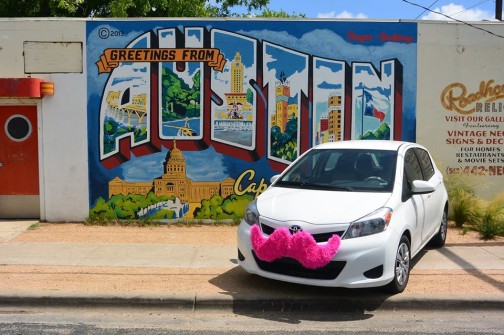 After the city of Austin had required that Uber and Lyft run criminal background checks on their drivers, the companies stopped operating in the city, the 11th largest in the US. They said it would make it hard for them to recruit new drivers and their own check process was enough to keep the public safe.

Both Lyft and Uber suspended their operations in Austin but said they were considering their options. Steve Adler, mayor of Austin, invited the companies to work with the city to find a solution together. Both companies declined.

When there is a niche in the market that needs to be filled, someone will fill it. Austin is a big city that lost two ride-sharing companies thousands of people used daily. Ride-sharing is in high demand and it is only a matter of time until someone replaces Uber and Lyft in the city. The question is if these alternative options will be any safer.

It had only been a few days after Uber and Lyft abandoned Austin when Eric Green and Christopher Davis started a group on Facebook called “Arcade City Austin/Request A Ride”. Now it has over 32,000 members. When you need a ride, you post your location and destination and the drivers around you reply with an estimated time of arrival, a price for the ride and their phone number. Once you agree to the ride, your request is deleted.

Arcade City Austin app is on the way. The app will ask drivers to provide some personal information and if they carry liability insurance to count a reliability score. If no info is provided, the driver will not be included in the group.

Arcade City Austin tries to find third parties to take care of the rider’s safety and handling financial operations. But as for now, using a Facebook group is just as safe as online dating – you know that anything can be faked on the web. If anything goes wrong, it can have a negative effect on the whole project. One way or another, Austin will not be left without ride-sharing. Demand breeds supply, and the demand for ride-sharing keeps growing.

Tesla and Their “Full Self-Driving” Add-On A $10,000 State Of Automation